U.S. COVID-19 Cases and Hospitalizations Continue to Decline, But “Covid Is Not Over”

Canadian Prime Minister Justin Trudeau on Monday said his government still needed temporary emergency powers in the wake of a truckers’ blockade, citing “real concerns” about threats in the days ahead. Trudeau told a televised news conference there were signs some truckers were regrouping outside the capital city of Ottawa and might come back to try to restart a three-week occupation that brought the city’s downtown to a halt.

Trudeau invoked the Emergencies Act last Monday granting authorities broader powers to stop the demonstrations in Ottawa and blockades of several Canada-U.S. border crossings. The protesters initially wanted an end to cross-border COVID-19 vaccine mandates for truck drivers, but the occupation turned into a demonstration against Trudeau and the minority Liberal government. 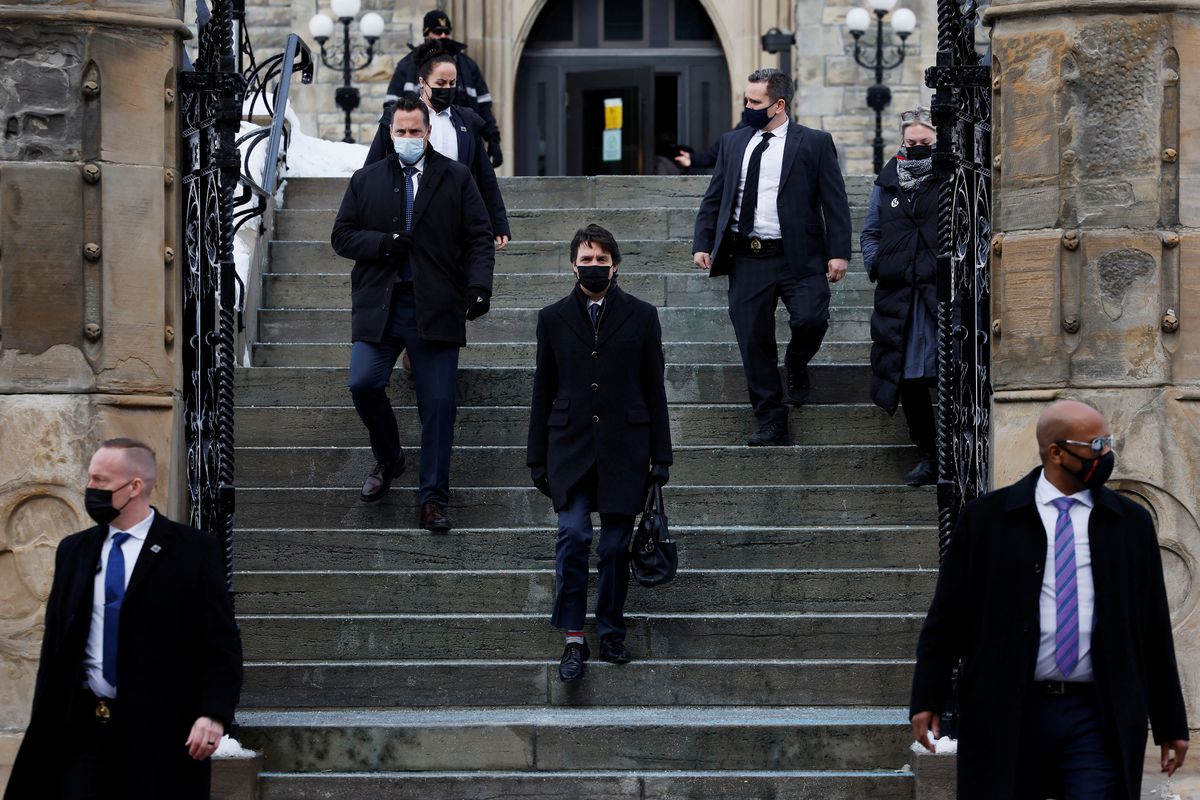 Police spent two days clearing protesters from the downtown core, making 191 arrests and towing 79 vehicles by the time the operation ended on Sunday. Downtown Ottawa was deserted on Monday but Trudeau said dangers remained. “This state of emergency is not over. There continue to be real concerns about the coming days,” Trudeau told reporters. “Right now … people (are) out there indicating that they are ready to blockade, to continue their illegal occupations to disrupt Canadians’ lives. We feel that this measure needs to remain in place,” he said.

.@jordanklepper heads to Ottawa, Canada to talk to anti-vax truckers and their supporters about why they’re stopping the supply chain to “Make North America Great Again.” pic.twitter.com/E8JzpolzQv

Legislators in the House of Commons are due to vote at about 8 p.m. Eastern Time Monday on whether to back Trudeau’s move. The left-leaning New Democrats say they will back the Liberals, ensuring that the measure will be approved.

Invoking the Emergencies Act has been necessary. It has helped us to take action against illegal blockades – and to stand up for public safety and the freedom of Canadians. For more on that, tune in to my update now: https://t.co/aBqoXAmwaR

Some members of the official opposition Conservative Party accused Trudeau of abusing his powers. Legislator Dean Allison decried what he called “authoritarian military-style measures” against the protesters.

WATCH: South Carolina Theocrat Hopes To Outlaw Anything “Contrary To The Word Of God”

Although 90% of Canada’s truckers are vaccinated, and both major trucking unions disavowed the protest, the movement managed to keep Ottawa at a standstill for much of February and clog trade routes, blocking a bridge for days between the Canadian city of Windsor and the US city of Detroit. The protest was also criticized for providing a platform for conspiracy theorists and far-right ideologies.

NOW – Canada's PM Trudeau: "Even though the blockades are lifted… this state of emergency is not over." pic.twitter.com/DY75gIqrsg