Ukrainians Living in the US Decry Putin’s Invasion

After weeks of warnings from Western leaders, Russia unleashed a three-pronged invasion of Ukraine from the north, east, and south on Thursday, in an attack that threatened to upend Europe’s post-Cold War order. In response, the United States and its European allies announced sanctions on the country as a whole, then followed up with more directed and harsher punishments for Vladimir Putin and his foreign minister, Sergei Lavrov. Now the U.S. is seeing a special kind of support from its Northern neighbors.

Canadian Prime Minister Justin Trudeau has announced sanctions against Russia, which he said would impose “severe costs on complicit Russian elites” and limit Putin’s ability to continue funding the invasion. In just one example, Canadian liquor stores have responded to Putin’s unilateral decision to invade Ukraine by removing all Russian vodka and other Russian-made alcoholic beverages from their shelves in an act of condemnation and solidarity. Liquor stores in the provinces of Manitoba and Newfoundland said they were removing Russian spirits. And in Ontario, Canada’s most populous province, the Liquor Control Board was ordered to withdraw all Russian products from a total of 679 stores. 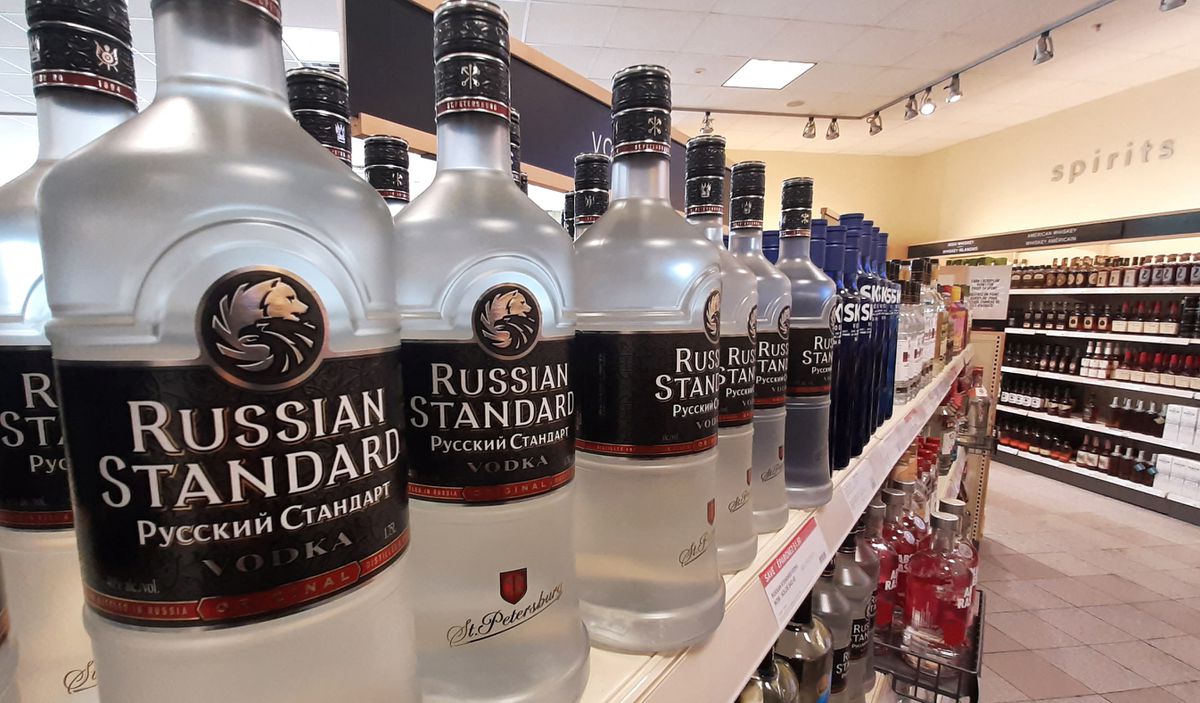 Vodka is the second most popular spirit among Canadian consumers after whisky. Canada imported C$4.8 million ($3.78 million) worth of alcoholic beverages from Russia in 2021, according to Statistics Canada data. That’s about a 24% decrease from 2020, when the total was C$6.3 million.

📢 The Newfoundland and Labrador Liquor Corporation, along with other Liquor jurisdictions throughout Canada, has made the decision to remove products of Russian origin from its shelves. These include Russian Standard Vodka and Russian Standard Platinum Vodka.

Ontario joins Canada’s allies in condemning the Russian government’s act of aggression against the Ukrainian people, and will direct the LCBO to withdraw all products produced in Russia from store shelves.
#StandwithUkraine

Twitter users supported the ban, and trended #DefundPutin while they were at it.

Just a reminder we haven’t even seen the Ukrainians start using all those molotov cocktails yet. But they learned how to use them well in 2014. A friend tonight said they are throwing the cheap vodka first.

Nice to see liquor stores in Canada and the United States refusing to sell Russian vodka.

Let the world do the same.

President Biden Seeks $33B In Additional Aid to Ukraine