Knoxville police said multiple people were shot on Monday at Austin-East Magnet High School in the eastern Tennessee city of Knoxville, including a police officer. One male was pronounced dead and one police officer was shot and has non-life threatening injuries.

Authorities said the scene has been secured and a male subject has been detained for questioning.

Knoxville Police Department officers responded to the scene after reports of a male subject who was “possibly armed in the school,” police said.

As officers approached the subject, “shots were fired,” police said. One officer was shot at least once and was transported to the UT Medical Center with non-life-threatening injuries. One male was pronounced dead at the scene, and one male was detained for further investigation, according to KPD. There are no other known gunshot victims.

#UPDATE: @wvlt is citing the sheriff in Knox County as saying there is no further threat to the community after multiple people shot at high school in Knoxville, Tennessee.

The officer who was shot is in “good spirits” and said he’d “rather this happen to him than someone else,” Knoxville Mayor Indya Kincannon told ABC affiliate WATE in Knoxville after visiting his bedside at the hospital.

Knoxville Police released a statement regarding the shooting late Monday. 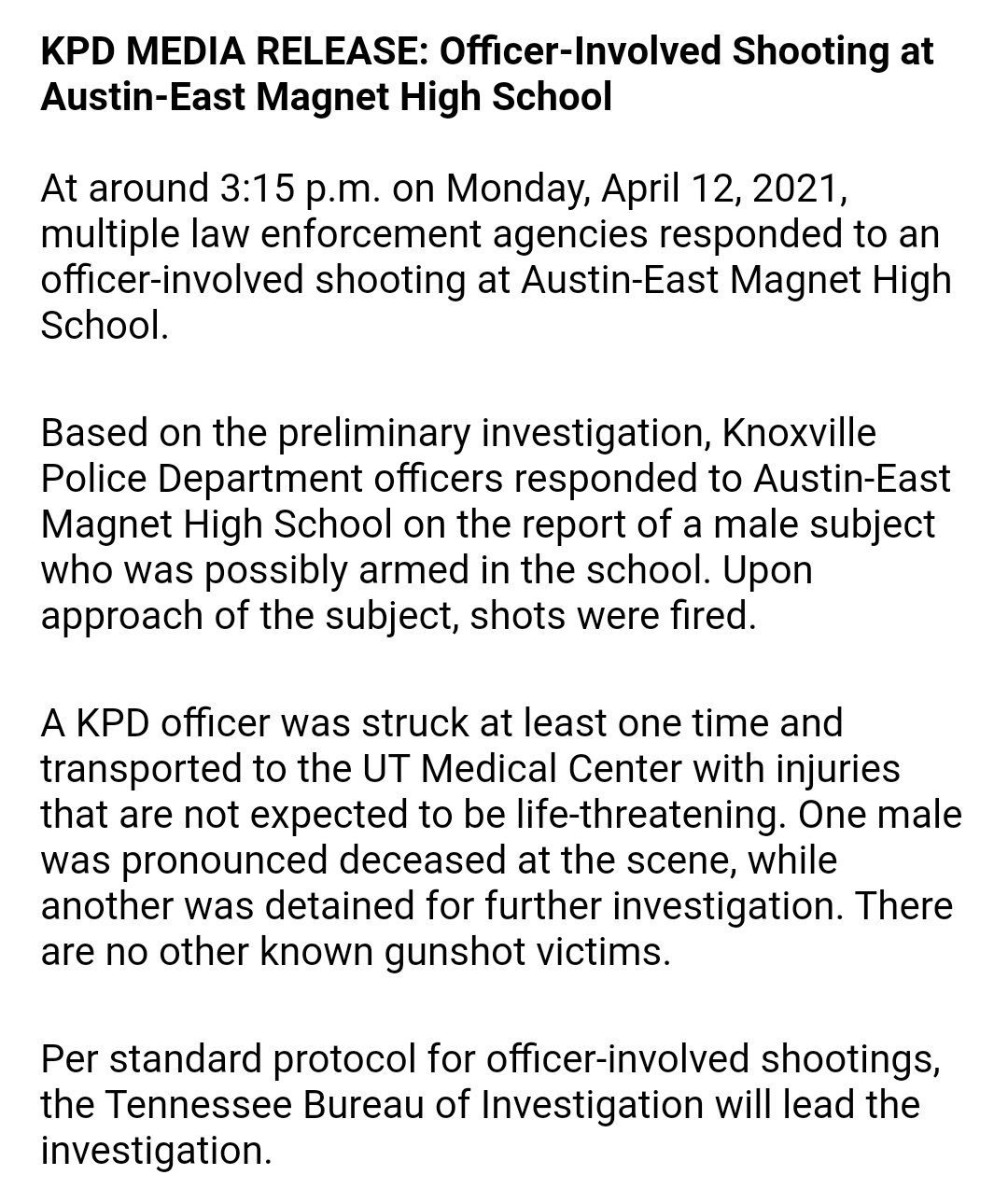 Knox County Schools Superintendent Bob Thomas said in a tweet the school has been “secured” and that the students “who were not involved in the incident have been released to their families.” Authorities are still gathering more information about the “situation” and will update the press as new details are confirmed.