After some brief discussion and negotiations between Senate Majority Leader Chuck Schumer, House Speaker Nancy Pelosi, and Senate Minority Leader Mitch McConnell, a schedule for the Second Impeachment Trial of Donald Trump was set late Friday. Pelosi and the Impeachment Managers will formally set the process in motion by delivering the lone Article of Impeachment to the Senate on Monday, January 25.

The agreement will push back the substance of the trial until February. Without an agreement, the trial would have started the afternoon after the article was transmitted to the Senate; now opening arguments will begin February 9th.

Senators will be sworn in as jurors on Tuesday. Then the trial will pause, while the House impeachment managers and Trump’s legal team exchange pre-trial briefs for two weeks. The final briefs would be due on February 9, allowing the trial itself to begin. 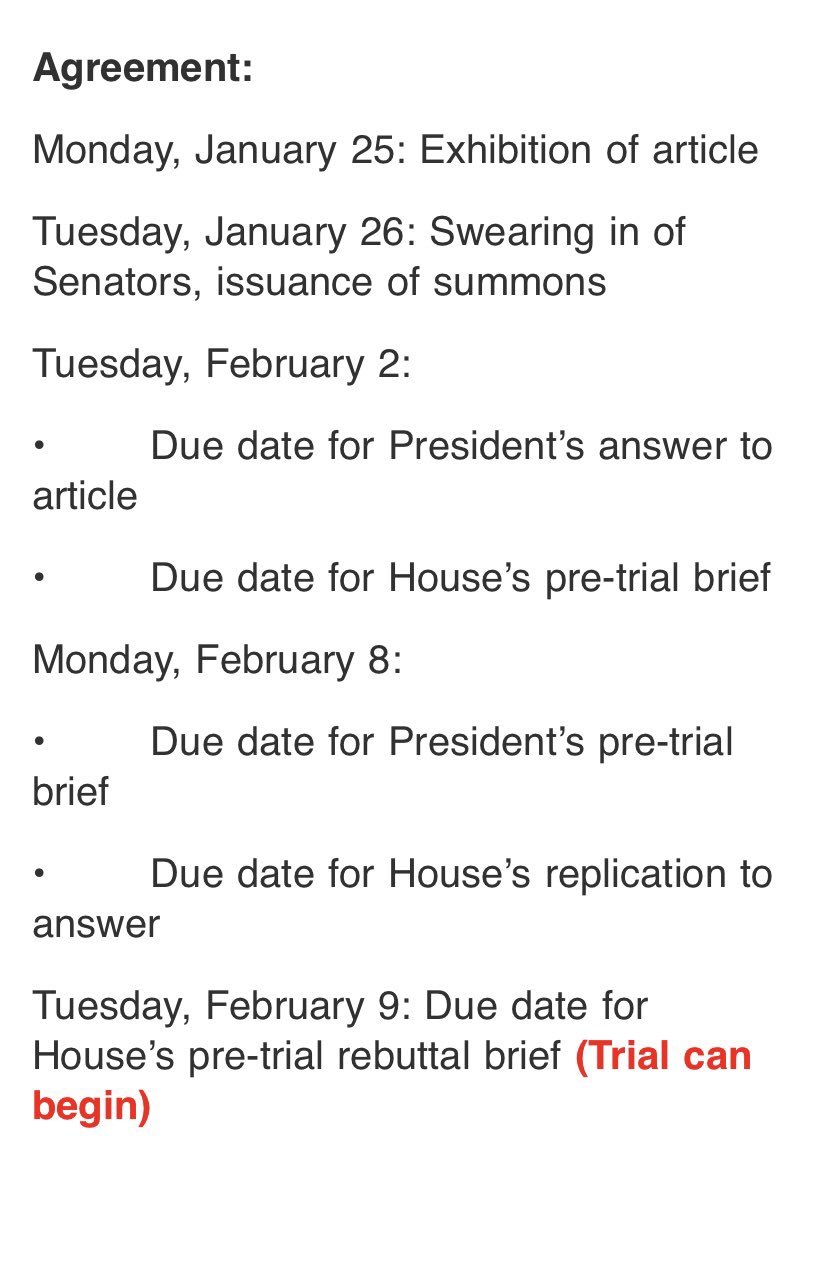