It’s a well-documented fact that freshmen Rep Lauren Boebert (Q-Colorado) loves guns. She loves her guns so much, she virtually brought them to work with her instead of one of her kids. “A Late Show” host Stephen Colbert even called Boebert a “gun fetishist” during a long rant.

But in the wake of the deadly shooting in Boulder on Monday, Boebert (who remained silent on the tragedy for hours before acknowledging it with a now thoroughly ratioed tweet) decided to try a different look for her Zoom background when she sat for an interview Tuesday night with Newsmax to discuss the mass shooting in her state. Maybe she figured it was better to not showcase murder weapons when the subject is Americans dead at the hands of yet another mass shooter, but the safest bet is that somebody suggested cleaning up the background for this particular chat. 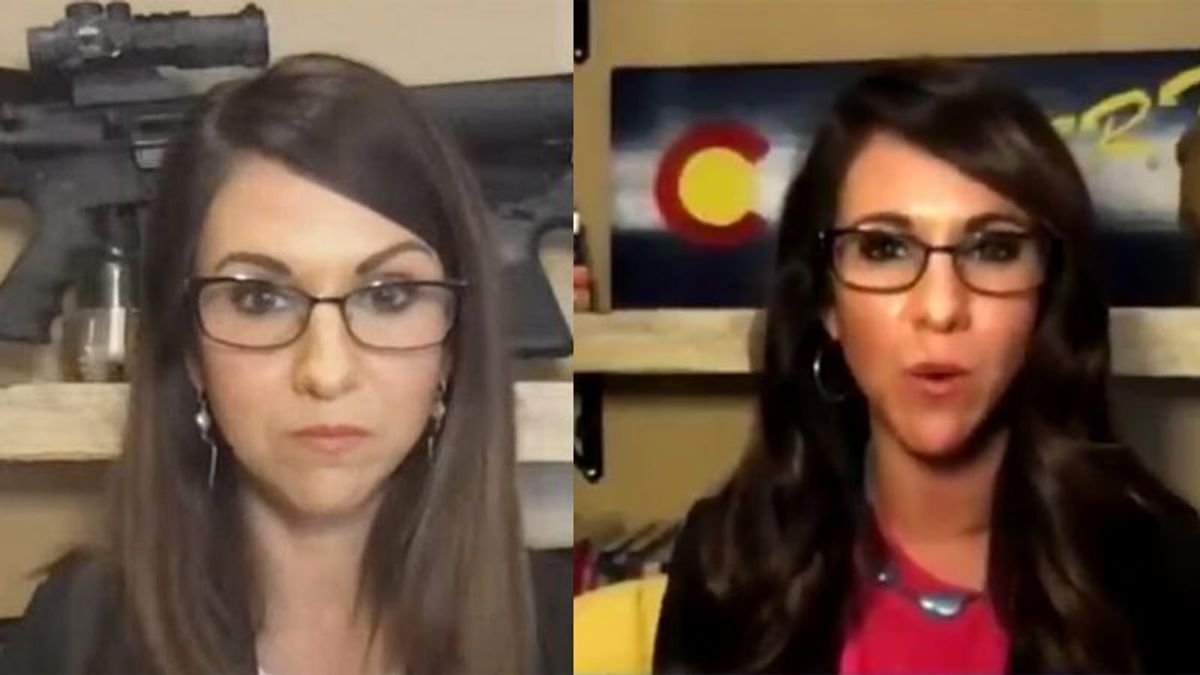 Boebert said the call for tougher gun restrictions in the wake of the Boulder mass shooting that left 10 dead was a “knee jerk reaction” which would “limit our ability to defend ourselves.” She went on to tell host Greg Kelly that “there are bad people who do bad things, and we need a way to protect ourselves.”

You moved your slaughter weapon decorations. Also, you’re wrong. A law prohibiting him from buying an AR-15 would have stopped him from obtaining one last week. Love that you use his name, though, you didn’t use Atlanta shooter’s name. Wonder why?

He look, you redecorated your shelf! pic.twitter.com/GsyFHWaILU

What happened to the assault weapon shrine, Shooty McCriminal?

Thoughts and prayers to the poor assistant had to run out and buy a bunch of random books for your shelf. pic.twitter.com/19IxwYUjQi

Boebert told Kelly that “gun laws don’t work, unfortunately”, and seemed to advocate for citizen militias. “We need good people to neutralize threats and defend themselves, and the people around them to protect them.”

But Twitter knows Boebert really doesn’t care about protecting lives, she cares about having as many guns as she wants. And in her case, the guns in her home outnumber the human beings, including her kids.

You are the same stupid asshole who propped guns up on a shelf to try to show off on a zoom call.

You are a fucking moron. Resign, you fucking pox.

WATCH: Lauren Boebert Has Been Promoting Oath Keepers For Years

WATCH: Lauren Boebert Blames “The Other Side” For Planning Capitol Riot