Ali Alexander, the prominent pro-Trump activist who’s vacillated back and forth on his willingness to testify to his part in the January 6th Capitol insurrection, is now fully cooperating with the Justice Department’s investigation. This makes Alexander the first high-profile political figure to agree to assist the government’s criminal inquiry into the effort to prevent the certification of Joe Biden’s 2020 Presidential election victory.

After being issued a grand jury subpoena, Alexander agreed to cooperate with the DOJ once he was informed he was not a specific target of their investigation. His access to everyone involved in the “Save America” rally is expected to give the DOJ new insight to boost their recently expanded investigation, which is running parallel to the ongoing one being conducted by the January 6th House Select Committee. 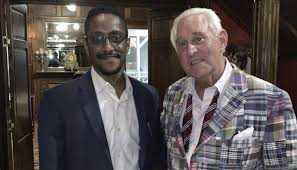 Alexander was deeply involved in the efforts to block the results of the 2020 election, and was in contact with members of Congress and Trump White House officials, according to the House Select Committee. Those details are of major interest now to the DOJ, which recently expanded the scope of its January 6th probe–after spending months focused solely on the rioters who stormed the Capitol–to dive deeper into Trump’s obsession with overturning the election results to remain in office.

"Stop the Steal" organizer Ali Alexander did an online stream tonight in response to this grand jury subpoena where he mocked online criticism of him & claimed he "started the most organic, beautiful, diverse, peaceful movement that this country has seen since its founding." https://t.co/awwEDMAGq2 pic.twitter.com/7NRCtlkbHO

In a meandering statement through his attorney, Alexander denounced the process as “hostile,” but indicated he would “comply” with the grand jury subpoena asking about Women for America First’s “Save America March” event that immediately preceded the Capitol attack. “I did nothing wrong and I am not in possession of any evidence that anyone else had plans to commit unlawful acts,” Alexander said in the statement. He has also “denounced anyone” who “took part in or planned violence on January 6th”.

Ali Alexander: "I was the person that came up with the January 6 idea with Congressman Gosar, Congressman Mo Brooks and then Congressman Andy Biggs. We four schemed up of putting maximum pressure on Congress while they were voting.”
pic.twitter.com/sk9lFZsTuI

In his statement, Alexander says he “did not think he could provide prosecutors with anything useful” for the inquiry, noting he had not financed the equipment used for the Save America rally on the Ellipse near the White House and had not discussed the security for the event with the Trump White House. The statement added that he” had not coordinated any movements with the Proud Boys militia groups” and he had “only accepted an offer from the Oath Keepers militia group” to act as “security” for a separate event he had planned near the Capitol, which ultimately did not take place.

This includes Ali Alexander and his crew. pic.twitter.com/0I4AItL1ra