Kimberly Guilfoyle, Donald Trump Jr’s fiancée, met with the January 6th House Select Committee on Monday, more than a month after she abruptly ended a voluntary interview with lawmakers, the Associated Press is reporting.

The committee investigating the Capitol insurrection had requested testimony and records from Guilfoyle, who spoke at the rally Trump held on the White House Ellipse on January 6th before the crowd headed to the Capitol to prevent Congress from certifying Joe Biden’s presidency. Lawmakers say that Guilfoyle, who was a chair of the Trump Victory Committee, the fundraising arm of his campaign, also raised funds for the rally and was in direct contact with its key participants and organizers. 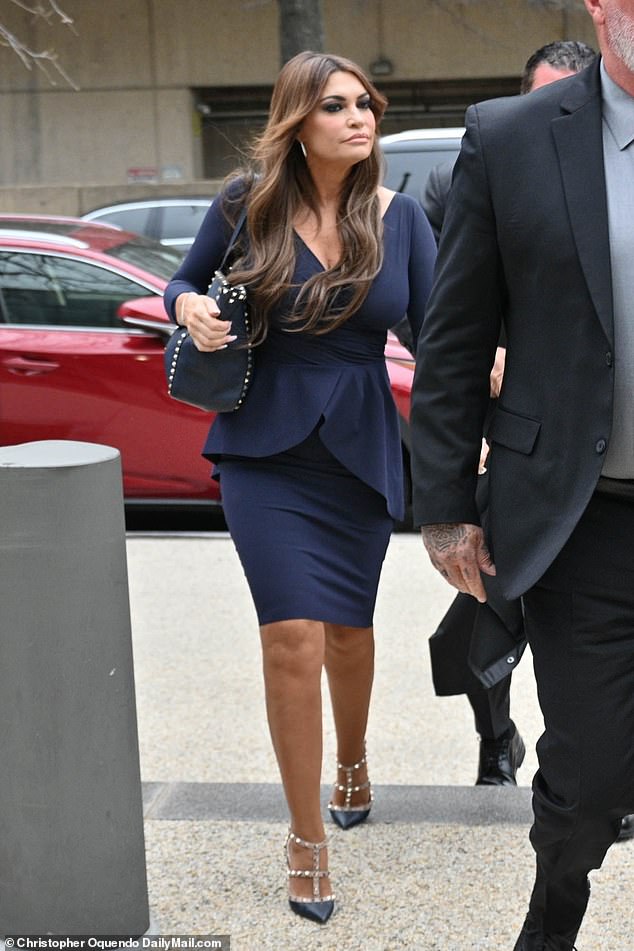 Guilfoyle is the latest member of Trump’s inner circle to sit for interviews with the House Select Committee. On Tuesday, Stephen Miller, who served as a top aide to Trump, was questioned virtually for eight hours. Trump’s elder daughter, Ivanka Trump, and her husband, Jared Kushner, have also spoken to the Committee in the past month, providing hours of testimony that members have cited as helpful to their probe.

Kimberly Guilfoyle takes a quick break from her lengthy interview with the Jan 6 Select Committee.
The fiancée of Donald Trump Jr. has been answering questions for close to eight hours.
Our story on her appearance: https://t.co/1xb6bu8fXL pic.twitter.com/vcyA5kMZ2i

The Committee had first issued subpoenas for Guilfoyle’s phone records, as well as those of Eric Trump, back in January. Shortly after Guilfoyle and her lawyer clashed with the nine members of the Committee regarding a specific line of questioning, a subpoena was issued for Guilfoyle to appear before the Committee in person.

Never forget that Kimberly Guilfoyle was at the Trump command center on January 6 — she was drinking (of course), dancing, and giving marching orders. pic.twitter.com/OZcdwnGIz3

The House Select Committee has said it has received a number of the documents it initially requested from Guilfoyle but is now looking to learn more about her meetings with Trump and members of his family in the Oval Office the morning of the Capitol attack.

Kimberly Guilfoyle is being questioned today by the Jan 6 Committee. Here’s hoping she throws Trump and his spawn, Don Jr, under the bus. pic.twitter.com/eUrQSoRG0i