Todd Neikirk is a New Jersey-based politics and technology writer.…

Florida Is A Must-Win State For Trump — One That His Mishandling Of Coronavirus Might Cause Him To Lose, Insiders Say

Republicans have made sure that Americans know that COVID-19 originated in China. John Cornyn and Ted Cruz have recently gone viral for their bigoted comments about Asians. Donald Trump has insisted on referring to the illness as the Chinese Virus.

And as the GOP continually blames China for the virus, attacks on people of Asian descent have been on the rise. Actress Lana Condor recently took to Instagram to rip the President for endangering the life of Asian Americans.

The star of To All the Boys I’ve Loved Before wrote, “You have no idea that ramifications your racist words and actions have on the Asian American community. You simply cannot even fathom the danger you are putting our country in.” 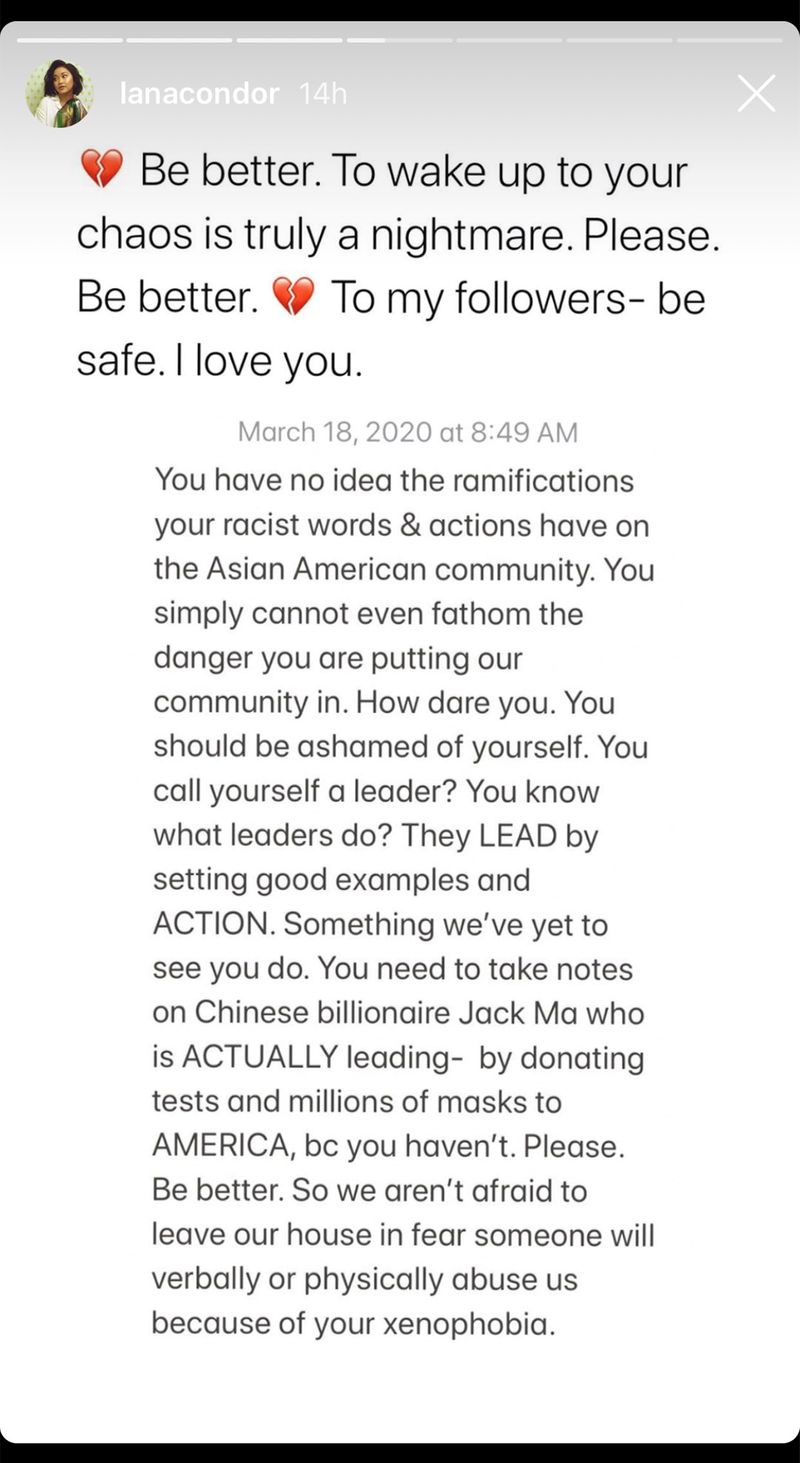 Condor continued, “You call yourself a leader? You know what leaders do? They LEAD by setting examples and ACTION. Something we’re yet to see you do.”

WATCH: EX-GOP Aide Says Party Was Shrinking Even Before Killing Off Their Voters

The actress closed her remarks by comparing Trump to Chinese Billionaire Jack Ma. Ma recently announced that he would be donating a large supply of masks and COVID-19 tests the the US.

You need to take notes on Chinese billionaire Jack Ma who is ACTUALLY leading — by donating tests and millions of masks to AMERICA because you haven’t,” Condor continued. “Please. Be Better. So we aren’t afraid to leave our house for fear someone with verbally or physically abuse us because of you xenophobia.”

Todd Neikirk is a New Jersey-based politics and technology writer. His work has been featured in psfk.com, foxsports.com, and PoliticusUSA. An avid pet lover, he has been known to contribute to Pet Lifestyles Magazine. He enjoys sports, politics, technology, and spending time at the shore with his family.