When the Northwest Film Center in Portland first announced its new drive-in film series at Zidell Yards on the SW Waterfront, locals were excited by the idea of getting out of their homes and getting to watch some classic films under the stars. The series was meant to kick off this weekend with a 30th Anniversary screening of the 1990 Arnold Schwarzenegger movie “Kindergarten Cop”, which was chosen for its significance to Oregon’s history of film. Shot completely on location in the coastal town of Astoria (best known for being the site for “The Goonies” as well), the movie tells the story of a brusque police officer (Schwarzenegger) forced to take his female partner’s undercover assignment at a local school to locate the family of a criminal when she falls ill with food poisoning. Co-starring Pamela Reed and Penelope Ann Miller, the film was a modest box office success that has enjoyed a cult following thanks to some of its more quotable lines like “It’s not a tumor!” But now locals will have to enjoy the drive-in series without “Kindergarten Cop” thanks to a protest by a local author who criticized the organizers for including a film that she accused of presenting an entertaining view of police in schools when in real life, it’s just the opposite. 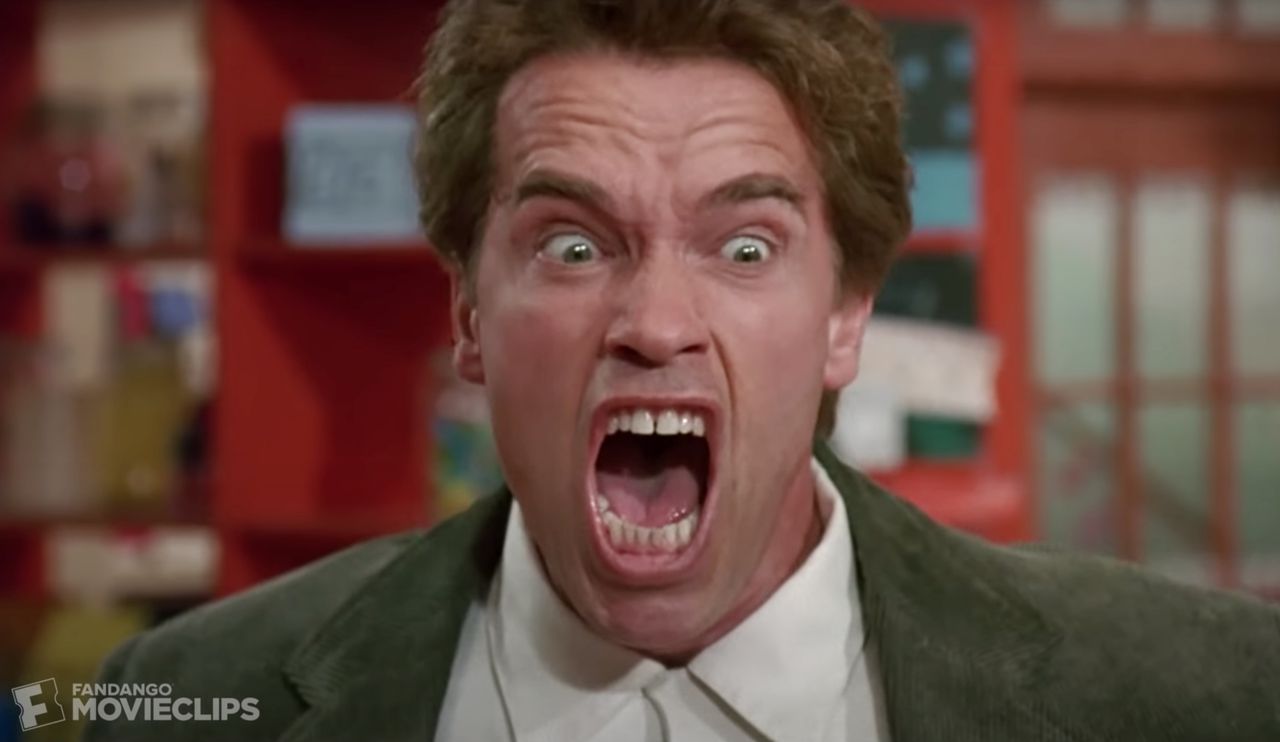 Lois Leveen, who is white and has written a book about a slave woman from that woman’s perspective, tweeted that it was the wrong film to show when “National reckoning on overpolicing is a weird time to revive Kindergarten Cop. IRL, we are trying to end the school-to-prison pipeline,” she claimed. “There’s nothing entertaining about the presence of police in schools, which feeds the ‘school-to-prison’ pipeline in which African American, Latinx and other kids of color are criminalized rather than educated. Five- and 6-year-olds are handcuffed and hauled off to jail routinely in this country. And this criminalizing of children increases dramatically when cops are assigned to work in schools.”

Although Schwarzenegger doesn’t technically portray a school officer, and he actually ends up becoming a teacher by the end of the movie, this doesn’t seem to matter to Leveen, who sent a letter to Portland’s free weekly the Willamette Week to expand on her position.

“It’s true Kindergarten Cop is only a movie. So are Birth of a Nation and Gone With the Wind, but we recognize films like those are not ‘good family fun,'” she wrote. “They are relics of how pop culture feeds racist assumptions. Because despite what the movie shows,” she continued, “in reality, schools don’t transform cops. Cops transform schools, and in an extremely detrimental way.”

The NW Film Center will instead show a second screening of the John Lewis film Good Trouble, but Leveen is still dissatisfied with their reaction.

“I know how seldom their screenings attract substantial numbers of BIPOC audience members,” Leveen told the Willamette Week. “When a white-dominant institution cannot honestly admit their error and insensitivity, it does not suggest they will avoid similar errors and insensitivities in the future.”

Right-wing media has had a field day with this newest entry into cancel culture. Leveen has now locked her Twitter account and is protecting her tweets as a result of trolling tweets.